The Land of Oak & Iron

It’s been a while but we’re pleased to announce the Time Bandits are back!

Come and join the amazing Time Bandits as they bring history alive with the story of swords through the ages – with live demonstrations of fighting styles and an extensive collection of swords.

The history of sword making in the Derwent Valley began in the seventeenth century when immigrant swordsmiths from Germany established a flourishing business in Shotley Bridge, where the fast flowing River Derwent provided a ready water supply and an iron-founding industry already established in the area.

The Shotley Bridge blades they forged were so flexible that story tells of a wager to find the most flexible sword.  Swordsmith Robert Oley appeared at the meeting place with no sword in his hand – but then revealed to his puzzled competitors, his double edged sword coiled around the rim of his hat. Oley was instantly declared the winner!

The Time Bandits will show you how various swords through time were hefted, from the Siege of Troy through to the Prisoner of Zenda along with demonstrations of sword fighting!

This event will be held outside the Heritage Centre, near the Courtyard area.

No booking required, donations welcome to help hosts events such as this.

The Sword Makers of Shotley Bridge by John Saddler of the Time Bandits:

“There’s no museum dedicated to the sword makers of Shotley Bridge in County Durham but there should be.

Neither the Union of the Crowns or indeed the Act of Union curbed borderers’ tendencies to be quarrelsome. Such tendencies weren’t solely confined to the savage north. On 15 November 1712, London was rocked by a ‘celeb’ duel between the Tory rake James 4th Duke of Hamilton and the equally rakish Whig, Charles 4th Baron Mohun. Both were disreputable and whilst Tories shouted out for a Whig plot to whittle down their majority, (Mohun being the challenger), the affair was actually the culmination of a long running inheritance wrangle. If it was a plot, it failed, as both combatants died, rushing madly at each other in Hyde Park. It wasn’t the kind of skilled swordplay society expected, but a drunken brawl fought sober.

The blades both used were hollow ground transitional rapiers and very possibly manufactured at Shotley Bridge”.

‘It’s possible those German sword-makers who came to settle on Derwentside were fleeing, as they claimed, increasing religious persecution or, perhaps more likely, they were enticed here as a business opportunity – the guilds back home in Solingen were very far from pleased. A shrewd move, nonetheless, the Derwent River flows fast for power and soft water is ideal for tempering, grit-stone abounds for sharpening and Crowley’s iron-works already flourishing.

Newcastle, after London, was Britain’s second largest port. There may have been as many as nineteen families of which the Oleys, Vootz, Mole and Bertrams, (who were probably English and already successful steel-makers from Blackhall Mill), are perhaps the best known.

Each clan brought their own specialism and Adam Oley particularly became famous for the superb quality of his hollow-ground blades.

A story, possibly apocryphal relates how, appearing before a panel testing competing blades, he had his wound around the brim of his hat, so supple was the steel it would flex back perfectly!” 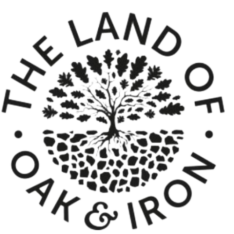 The Land of Oak & Iron, hosted by Groundwork NE & Cumbria has delivered over £5million+ investment in local communities; their natural, cultural and industrial heritage. Thanks to National Lottery players and funding from the National Lottery Heritage Fund along with other matched funders: see Our Supporters page

You can find out more about which cookies we are using or switch them off in settings.

This website uses cookies so that we can provide you with the best user experience possible. Cookie information is stored in your browser and performs functions such as recognising you when you return to our website and helping our team to understand which sections of the website you find most interesting and useful.

Strictly Necessary Cookie should be enabled at all times so that we can save your preferences for cookie settings.

If you disable this cookie, we will not be able to save your preferences. This means that every time you visit this website you will need to enable or disable cookies again.